If you are looking to run Android on your Windows PC with Best Android Emulators for PC/Windows 7/8/8.1/10 to Run Android apps on Computer PC/Windows 7/8.1/10. There is no shortage of emulators available today. For those wondering, there are many reasons why you can use an Android emulator on your Windows PC. For example, Android developers can debug their apps directly on their desktop, players can enjoy Android-specific games on a larger screen and the list goes on.

So, now that you see the various benefits of using Android emulators, it might be tempting to try one. The problem with Android emulators is that many of them are finicky and tend not to function as advertised. Don’t forget check How To Run Apple iOS Apps On Android (iPhone Emulator For Android).

Android emulators/simulators are largely required to launch applications and Android games on PC (Windows 7/8 /8.1 /10). Just in case you get confused with which emulator to use and which not to, we have preselected the best Android emulators available in the market for you.

However, choosing the correct Android emulator can become a daunting task, as if it was not selected correctly, it may slow down your computer (eg Duos M).

A virtual copy of Android OS applications is created on the guest operating system. It uses a unique technology called “LayerCake” that allows you to run Android applications on your PC without any external virtual desktop application.

By installing it, you can enjoy your games and apps like News Feeds, Social Network on a larger screen. It is free for download and installation and the only thing that worries is to run Bluestacks without problems, a decent graphics card must be installed in your system already.

I strongly recommend using Bluestacks Emulator because of:

Nox App Player is our favorite Android emulator for playing Android games on PC / computer (Windows 10 and 7), or to try new Android apps because of its speed. It can be considered as a best Bluestacks alternative and made a new entry to the list and its main target audience being the players.

It has utilities and additions such as keep in mind the needs of players to control their games using their keyboard and mouse. The features of this emulator are comparatively stable and reliable. Also, a good point in all its good list is – it’s free.

Nox App Player is fast, plus provides a lot of features such as:

The first time you run the Remix OS Player, you should be welcomed with a new interface, complete with the taskbar at the bottom and a shortcut button to access all installed applications.

Specifically, you can map keyboard buttons and manage multiple games simultaneously on one screen. There are also many improvements under the hood to improve the gameplay.

If you are a developer, it still covered you. You can manually set the signal strength, network type, location, battery and many other things that can help you debug your Android app.

Before installing Remix OS Player, please note that it does not support certain AMD chipsets and also requires the “virtualization technology” enabled in your BIOS.

Overall, Remix OS Player is a solid Android emulator and maybe the only emulator that runs Marshmallow, a relatively newer version of Android.

MEmu is a high performance Android emulator for Windows based on Android Lollipop. Unfortunately, it is preinstalled with Android Jellybean 4.2 and the upgrade to Lollipop requires the download of additional packages. It is compatible with Intel, Nvidia powered Windows PC and unlike Remix OS Player, it is also compatible with AMD chipsets.

I really like the flawless pointer and keyboard integration in MEmu. Perhaps my only rant about this is that it comes with a really old version of Android. You can upgrade to Android 5.0 Lollipop, but that is still at least 2 years old. If you can compromise on the amazing features that Android Nougat brings to the table, MEmu is one of the most capable Android emulators I’ve tried.

The first time you open it, you are greeted with an old Android version of 4 years, with the main menu located in the right sidebar. It is preloaded with the Google Play Store, allowing you to browse and download Android applications and games according to your wishes.

In addition, MEmu associates with APK files on Windows, so you can simply open the APK file from anywhere and it would automatically open and run in MEmu. In addition, if you discover new Android applications, MEmu can push the app directly to your phone via the USB cable.

It supports keyboard mapping, so you can assign some keys to simulate touch in specific areas of the screen. Apart from this, it supports full screen mode, screen tool, a handy tool “kill process“, a screen recording, among several other features.

In addition, it has an interesting operation recording tool, so you can record some actions on the touchscreen and replay them at any time, thereby automating tasks on the fly.

Andy (or Andyroid) is another of Android’s best emulators for Windows 10. Unlike BlueStacks, Andy effectively emulates the Android user interface. Thus, its user interface is pretty much the same as the Android operating system running in Windows 10. Andyroid is very similar and can be categorized as an advanced alternative to Genymotion as both require VirtualBox to be installed on the system.

Press the Download button on the Andy home page to save the installation. Then, open its installation file to add the software to Windows. Note that you must also install VMware Player for Andy to run. Its installer is located in the VMW subfolder of the Andy folder. Then you should be able to open the emulator window as in the snapshot below.

AndyRoid is one of its own Android emulator for Windows 7/8/8.1/10. It supports some unique features that are not supported by other android emulators out there like –

Overall, Andy generally has more extensive options and greater third-party hardware integration than BlueStacks. However, it also has higher system requirements that you will need at least 3GB of RAM and 10GB of free disk storage. Your GPU must also have OpenGL 2.1 support. Therefore, it might not work so well on low specification laptops and desktops.

KOPLAYER is a best and free PC emulator for PC that allows all Android games and applications to run smoothly on Windows systems. It relies on the x86 architecture, supports advanced features such as OpenGL and hardware acceleration, runs faster, more stability and compatibility than other Android emulators.

KOPLAYER Android Emulator for PC supports multiple accounts, video recording, gamepad and keyboard, and internal built-in Google Play Store to compatible with all apps, over 99% of apps and games Running perfect on KOPLAYER.

The KO player is the latest entrant in this list and is a great android emulator especially when it comes to playing Android games on your PC/computer/Mac. KO Player provides a host of features in its Android emulator such as –

How to Install these Best Android emulators?

To install and use APP Player:

What is an Android emulator for PC?

Before we get the list of the best emulators from Android, let us understand what emulation is. The main emulation process with regard to computers is to imitate or reproduce Android applications and games on Windows PC, laptop or Mac. The operating systems supported by the emulators are Windows 7, 8, 8.1 or 10. In a similar way, Xbox 360 games can be emulated on your PCs using the Xbox 360 emulator.

For those who like to use Android apps and play games on a wider screen and gives you the feeling of fun and comfort, Android emulators are the solution for you. At the moment there are many options available that allows you to download and install your favorite apps and games on your computer or laptop. Do not forget to check the Freedom Apk Download Now!

How does an Android emulator work for PC as Android App Player?

Run Android Apps on Windows with the Best Android Emulators

As mentioned above, many new Android emulators have come on the market and it can be a difficult task to choose the right one for you from them; Reason being if you have not chosen the right one, it can slow down your system to a large extent.

So this was my list of some of the best Android emulators that you can use to run Android applications on your Windows PC. Whether you’re a developer looking to test apps or you’re a casual user looking to play some games, you’ll definitely find the best emulator for your need.

If you ask me personally, I am torn between Nox, MEmu and Remix OS Player. But with so many good alternatives around, it does not necessarily have to be the same for you.

Which of these is your favorite/best Android emulator for PC Windows? let’s know in the comments section below. 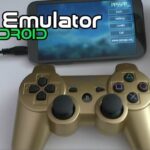 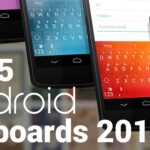 5 Best Keyboard Apps for Android in 2022 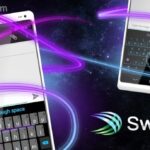 Emojis for Android: Get emojis on your Android Phone+ List of all Emojis ✂ ????