Pokemon List in Pokemon Duel: Pokemon Duel is on us and even though the game does not seem able to create the Pokemon craze Go has made it is still an amazing Pokemon game! And with 140 Pokemon to collect in the game, I’m sure you are curious about who are available for the collection and who are not. We have the complete list of Pokemon characters in Pokemon Duel and we share it with you below.

We’ve already talked about unlocking more Pokemon in the Pokemon Duel game – so be sure to check out our guide to get as fast as possible. Now it’s time to actually see what options are available in our Pokemon Duel Full Pokemon list in the game.  See also here Pokémon GO – Rare Locations.

In the game, there are four different rarities for the Pokemon: Common, Uncommon, Rare and EX – the most extraordinary and extra rare characters you can collect. They all have different stats and skills, but until we can have a complete guide covering this, I’m sure a list and some basic details – like the movement – will do. So do not waste a single second and look below our complete list of Pokemon in Pokemon Duel!

Rarity suggests how hard a Pokemon Figure is to obtain.

Common Pokémon comes in abundance, are mostly the weaker Pokémon that you will find in this Pokemon Duel Pokémon list.

Uncommon rarity scarcity is a little more difficult to obtain compared to the common figures. You will find them at about the same rate as Commons in the game.

Rare Pokemon Numbers are hard to get and are among the best figures. This section of the Pokemon Duel Pokemon list holds strong choices for your bridges.

EX are the most difficult figures to get in this Pokemon Pokemon Duel list. They are also the best Pokemon in Pokemon Duel to use for your platforms and the PVP (Players Versus Player) game mode.

This list is always a work in progress, as just writing all the Pokémon is an amazing task. However, you have listed above all the common Pokémon and EX in Pokemon Duel, with most of the rare and rare being listed as well. We will update this list shortly with the rare and rare Pokemon, but until then you have a huge list here and all the rarest Pokemon already! 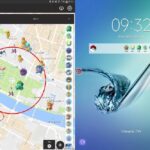 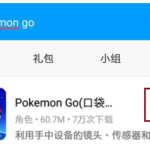