Play online against people from all over the world or against your friends! Login with your Facebook account and challenge your friends to show them what it means to be a Soccer Legend and take the cup home! Oh, and you can also play offline against a friend on the same device!

You can also customize your Soccer Stars experience by collecting the different teams! Show off your style and defend your nation’s colors!

You’ve never played a football game like this before. Take on your friends in multiplayer free-kick face-offs, or make a name for yourself in the Career Mode!

The Football Strike – Multiplayer Soccer Challenge the world across different online game modes! Hit the targets in a fast-paced, time-limited battle for points in Shooting Race mode, or take turns as both striker and goalkeeper in the one-on-one Free Kick mode!

Your Football Strike – Multiplayer Soccer Game Customise your striker and goalkeeper with tons of unlockable items! Show off your style or represent your team’s colors!

Take on Career mode, traveling through different stadiums around the globe and taking on unique soccer challenges to unlock medals! 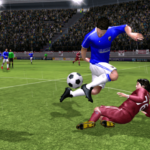 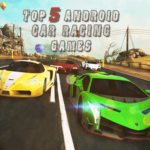