Have you ever taught Stream or Watch live TV channels with your Android device? Or hearing about Best Apps to Stream Live TV Channels, Best Live TV Apps. If not, I bet you have not begun to explore the use of your device.

I will tell you about the Best Live TV Apps for Watching TV Channels on Android that include DSTV channels, foreign channels, and other local channels. When you talk about this article, you will begin to explore more with your device broadcasting live TV channels. And Let’s me know which your favorite live stream apps…

However, the best apps for watching live TV on Android allow you to browse a ton of channels, so you choose what you are watching. Here’s we shared Best Live TV Apps List for your android.

Mobdro is the best Watch Live TV app for watching live TV channels on Android. obdro app might be the only thing sought by some people out there. This is a very useful application especially for people who really like to spend time watching free videos over the Internet. From day to day, the Internet becomes a bridge connecting millions of people around the world.

With this app, you can broadcast live DSTV channels such as BBC, ABC, SKY SPORTS (1-5), VEVO, MTV BASE, BENIN SPORTS, DISCOVERY CHANNEL, NAT GEOWILD, NIKELODEON, ACTION MOVIE, CCN and many others. A great advantage of using the Mobro app is that it does not consume much Internet data, unlike all other Live TV stream apps.

The Kodi app, know as best media player, best tv live watching app. It’s formerly known as XBMC, is a multimedia player application that can be plugged into your devices and streaming media, Live TV Channels over the Internet to meet your needs.

The application integrates with the TV and its functions can be controlled by the remote control. With the application, users can play video, music, and podcasts via the Internet and attached storage devices. Downloading Kodi unlike Windows Media Player on PC devices.

The Showbox application is an excellent trend that has taken over the Internet. Unlike most other applications on the genre that allows you to watch movies and TV shows in return for a subscription or a payment, Show Box is absolutely FREE! With amazing shows and movies to watch and more to add each week, you can never hope to get started in this content library.

This is another great application that takes place on the list. With TVonthego, you can broadcast live TV channels like a sports channel (featuring the latest sporting events), movie channels, news channels and more. You can watch, stations like HorroTV, UKliveTV, ComedyTV, MovieTV, Lifestyle, Fashion, Entertainment channel, Gaming Station and many others.
For Gospel fans, TVontheGo brings you, DAYSTAR, TBN and other Gospel stations live on your Android device. So if you are interested in watching live TV shows, I advise you to download the application to your Android device.

Watch IPTV from your Internet Service Provider or broadcast free TV channels from any other source on the Web. If you use VLC to watch TV on your PC, then this app is for you. This is the paid version of the IPTV app. Normally, sometimes m3u files on Android could be deleted. This happens because of Android scans the SD card, reads m3u playlists and fixes them by removing links to files that can not be found on your SD card.

This is all about the best Live TV Apps to watch live TV channels for free on Android. There are other apps you can use to watch or stream live TV channels and live movies on your Android device, but the 4 underlined above are the most notable. So, I advise you to try them and enjoy the broadcast of your favorite channels. 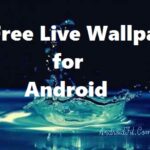