Google Tez app download for both Android and iOS. You can now download Tez apk it from Google Play Store and Apple App Store. It’s a UPI based payment app for India and will connect to a user’s bank account and for transactions.

Tez by Google offers a variety of new features like proximity transactions to carry out cash transactions without revealing phone numbers and/or bank account. It was launched by Finance Minister Arun Jaitley in an event at New Delhi. There are limits of transactions per user – Rs. 1,00,000 per day and 20 transactions per day.

In the app’s description, Google writes that you can now send money home, split a dinner bill with friends, or also can pay to the neighborhood Tea Corner. Every payment whether it’s big or small can be paid or received directly to the bank account with this application.

In an effort to initially push forward the app, Google is offering referral rewards. According to it, if you refer the application to your friends and if they sign up and make a Tez account using it, then both of you (you and your friend) will receive Rs. 51 as a reward. The maximum reward limit is Rs. 9000. The referral offer will be valid up to April 1, 2018.

As of now, PayTM dominates the e-payment market in India. Before it, the government has already launched its own BHIM app based on UPI interface. But, PayTm and Tez are two very different apps. On one hand, GoogleTez is a payment interface for UPI while PayTm is a wallet application. Apps like Tez uses the money directly in the bank account. Apps like PayTm allows users to keep money in e-wallets for the payment.

According to reports, WhatsApp is also going to bring UPI payments in its app. GoogleTez will be integrated with WhatsApp to enable the UPI based payments. It is being said that WhatsApp Payments has already been integrated into WhatsApp beta version. But, the feature is hidden and will be revealed after the Google Tez app launch.

How To Use Tez App

Follow the steps to learn how to use Google Tez app.

Stay tuned to AndroidFit.Com for more. 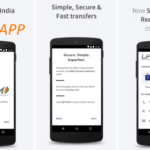 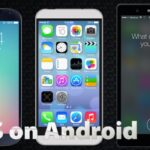